1U rackmount enclosure for Mac Mini with Thunderbolt 3 ports

Transform a Mac mini® with Thunderbolt 3 Ports or an M1 Mac mini from a Basic Computer to a Workstation!

For many applications, a Mac mini has all the processing power necessary to allow it to replace a full-sized desktop or workstation. But for pro audio and video users, the mini’s compact size can limit its potential—there are no slots for PCIe expansion cards needed to provide additional connectivity and functionality, and you need to securely rackmount the computer. Sonnet’s award-winning xMac™ mini Server addresses these issues and maximizes a Mac mini’s capabilities in a big way.

Inside its custom 1U enclosure(*), the xMac mini Server securely mounts your Mac mini, and connects two PCIe cards to the computer through one of its Thunderbolt 3 ports. A USB-A port and a power button mounted on the front panel allow the connection of a keyboard, mouse, thumb drive or other USB peripheral to, and the operation of the system without requiring access to the back of the computer. Additional panel-mount cables (HDMI, 10 Gigabit Ethernet, and USB-A) are included to connect the ports on the computer to ports on the back of the xMac mini Server for convenient external connection. Due to the active electronics at both ends of Thunderbolt cables, passthrough Thunderbolt ports are not possible, but an opening on the back panel enables you to easily route cables to the computer or the internal connections on an installed card.

Connect two high-performance PCIe cards to transform your Mac mini from a simple computer to something much more. 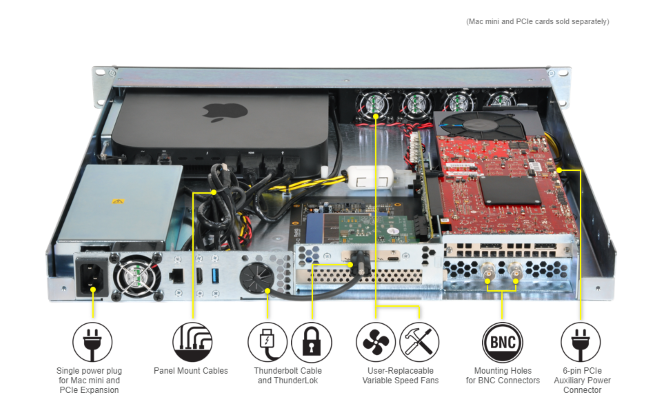 The xMac mini Server supports one full-height, full-length, single-width card, plus one full-height, half-length card. Plus, if you install a PCIe card that includes a daughter card (or interface connector bracket) like the ones included with RME’s HDSPe MADI FX card, Blackmagic Design’s DeckLink 4K Extreme 12G, and the Lynx AES16e-50, a supplied mounting bracket allows you to securely mount the daughter card inside the chassis next to the main card, leaving the xMac’s second PCIe slot open for another card.

Expansion Made Easy
The xMac mini Server provides easy access to its PCIe slots and your computer’s ports; simply loosen two thumbscrews and then slide the top cover off. Once inside, installing PCIe cards and connecting cables to the computer are simple. The included Thunderbolt 3 (40Gbps) cable connects your Mac mini to one of the xMac mini Server’s Thunderbolt 3 ports, linking the PCIe slots to the computer. The xMac’s second Thunderbolt 3 port enables daisy chaining of additional Thunderbolt peripherals such as additional PCIe expansion (like Sonnet’s Echo Express III-R rackmount chassis), pro video breakout boxes, video capture and playback devices, audio I/O devices, and more. 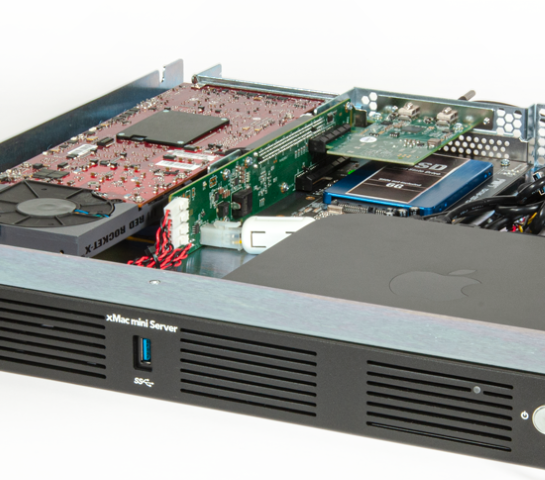 Idea Enabler
Mac mini as an ingest station for uncompressed 4K video? Absolutely. Mac mini as a virtual sound check, pro audio plug-in DAW and record rig? Sure! xMac mini Server enables you to expand your Mac mini’s capabilities in ways you never imagined. For PCIe card compatibility information, see our PCIe Card Thunderbolt Compatibility Chart for a list of cards(4) that have been tested to be recognized over a Thunderbolt connection and compatible with Thunderbolt technology requirements. 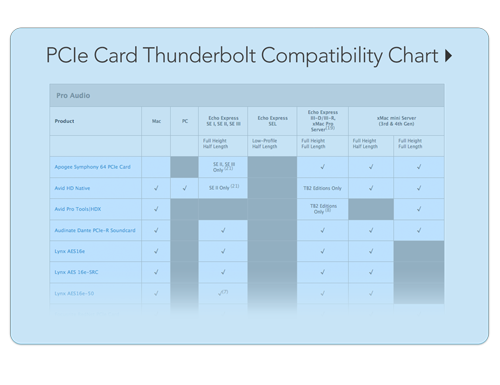 The xMac mini Server integrates a universal 150W power supply and includes an auxiliary PCIe power connector for cards that require supplementary power, such as the Avid Pro Tools|HDX or the RED ROCKET. In short, there is plenty of power for any combination of compatible cards. 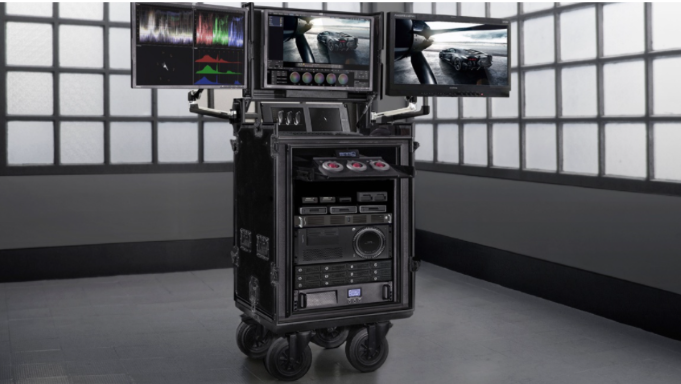 40Gbps Thunderbolt 3 — The USB-C That Does It All

The xMac mini Server includes two Thunderbolt 3 ports; the first is used for connection to your computer, while the second supports daisy chaining of up to five additional Thunderbolt peripheral devices to a single port on your Intel based Mac mini or M1 mac mini(2). This Sonnet solution includes 10Gbps USB 3.1 Gen 2 support, meaning you can connect a USB device to the second Thunderbolt 3 port using the proper cable or adapter. There’s also full support for connecting a 4K display @ 60Hz. For connected peripherals requiring extra power, 15 watts is provided to connected bus-powered devices.

Smart Design Inside and Out

The xMac mini Server has numerous thoughtful design touches. The fans are user-replaceable, and there’s an optional extra-quiet fan kit available. The xMac mini Server’s power switch turns the computer on and off without the need for you to reach around back, and the PCIe slots power on/off with the Mac mini for energy savings. The enclosure’s rear panel includes mounting holes for two BNC connectors used for HD/SDI output from cards like the RED ROCKET-X, or for MADI and word clock IO from cards like the RME HDSPe MADI FX. There’s a central power hub for the computer and the PCIe slot’s power supply, enabling you to power everything with one power cord. The front panel USB-A provides port provides a handy visual cue, lighting up when the computer is on.

Thunderbolt 3 (40Gbps) Cable and ThunderLok™ 3 Included
To connect your computer to the xMac mini Server, Sonnet includes a 0.5-meter Thunderbolt 3 (40Gbps) cable. And, to prevent accidental cable disconnection which can lead to data loss, we include a Sonnet ThunderLok 3 Thunderbolt connector retainer clip(5) to secure the cable to the xMac. ThunderLok 3 is easy to install and use—just slide it over one end of the cable, and then plug in the connector and secure it to the chassis by turning a thumbscrew. Because of its unique design, ThunderLok remains on the cable so it won’t get lost when not in use. 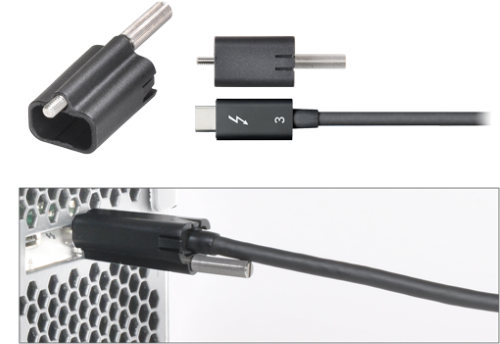 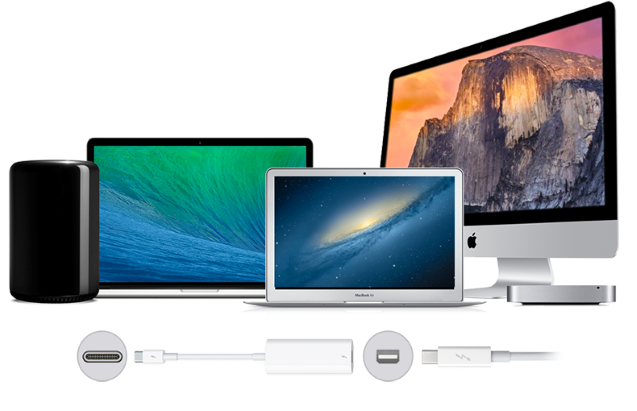 For maximum PCIe bandwidth, dedicate one Thunderbolt 3 bus on the computer to the PCIe expansion slots