Add your own SSDs up to 32TB 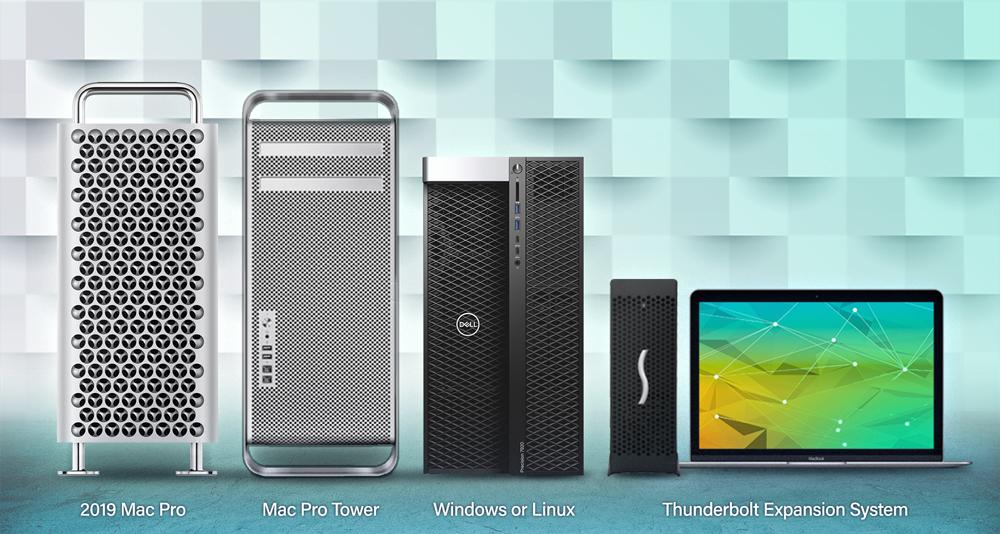 Install up to Four M.2 NVMe SSDs into a PCIe Card Slot – Ultra-speed Data Transfers!
If you need to add internal storage to your computer and ultra high-speed data transfers are critical to your work, you need an NVMe SSD-based upgrade. Individually, M.2 NVMe PCIe SSDs offer tremendous performance, but Sonnet’s M.2 4x4 PCIe Card enables you to mount up to four of them into a single x16 card slot.

Use the Sonnet card for instant-access media storage or as a high-performance scratch disk in your Mac Pro® tower; Windows® or Linux® PC desktop or server; or Thunderbolt™ to PCIe card expansion system with an available x16 PCIe slot. Are you an Adobe After Effects user? Imagine being able to perform 4Kp60 work in 32-bit linear, or even 4Kp24 with high channel count EXRs (or effects in 8K) where your computer's onboard storage couldn’t keep up! Legacy Mac® users can install macOS® on one SSD to create an incredibly fast boot drive and create a RAID 0 set with the other installed SSDs and still obtain blazing-fast performance. No matter how you use it, this card can transform the way you work.