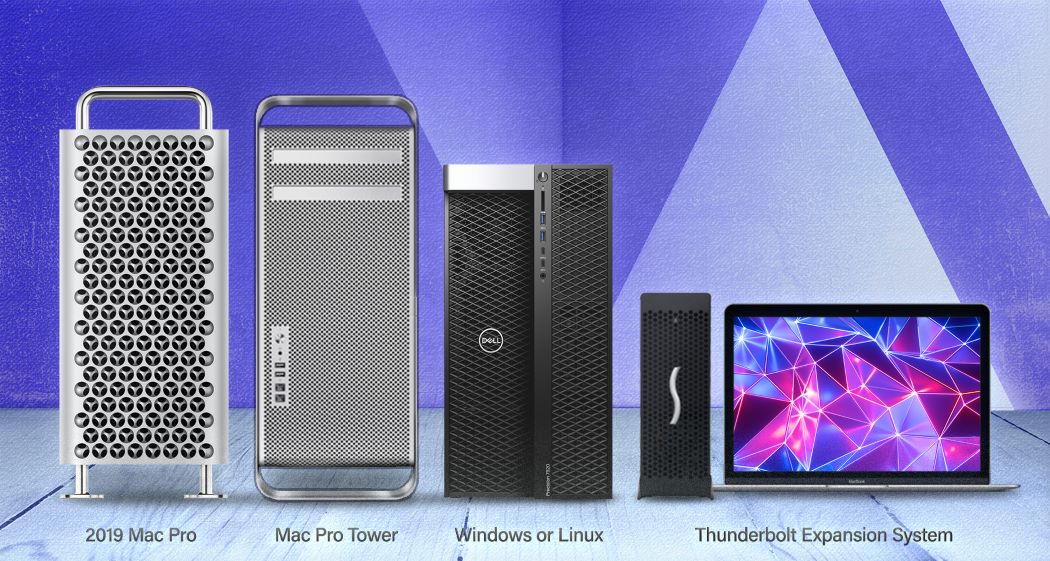 When it comes to supporting the fastest USB drives available, your computer’s USB 3.0 ports are perfectly adequate…for connecting peripherals that don’t depend on the ultimate USB 3.2 speeds. However, common USB 3.0 ports can be underachievers—at 5Gbps, they can’t support the maximum performance from many storage devices, and may not provide enough power to enable them to operate. You need SuperSpeed USB-C®!

The Allegro™ USB-C PCIe(1) card supports data transfers at up to twice as fast as USB 3.0, and can also deliver 15W of power per port to USB-C bus-powered devices (three times the 4.5W specified in the USB 3.0 spec). Don’t settle for mediocre performance or insufficient power for the fastest SSDs—install an Allegro USB-C card to instantly add two Gen 2 USB 3.2 ports to your system and take full advantage of today’s SSD performance.

Full Power
Sonnet specially engineered the Allegro USB-C card to provide 15W of power through each of its ports. The ports communicate with the host that 3A of VBUS current is available, enabling this Sonnet solution to support USB-C bus-powered SSDs and SSD RAID devices that need 15W during demanding write operations.

The Sonnet Speed Advantage
Featuring the latest high-performance USB 3.2 Gen 2 controller from ASMedia—the ASM 3142—the Allegro USB-C PCIe card supports concurrent data transfers up to 925 MB/s when connected to a two USB-C Gen 2 NVMe SSD devices! Most other cards limit concurrent transfers to half that, a significant disadvantage when time is of the essence. 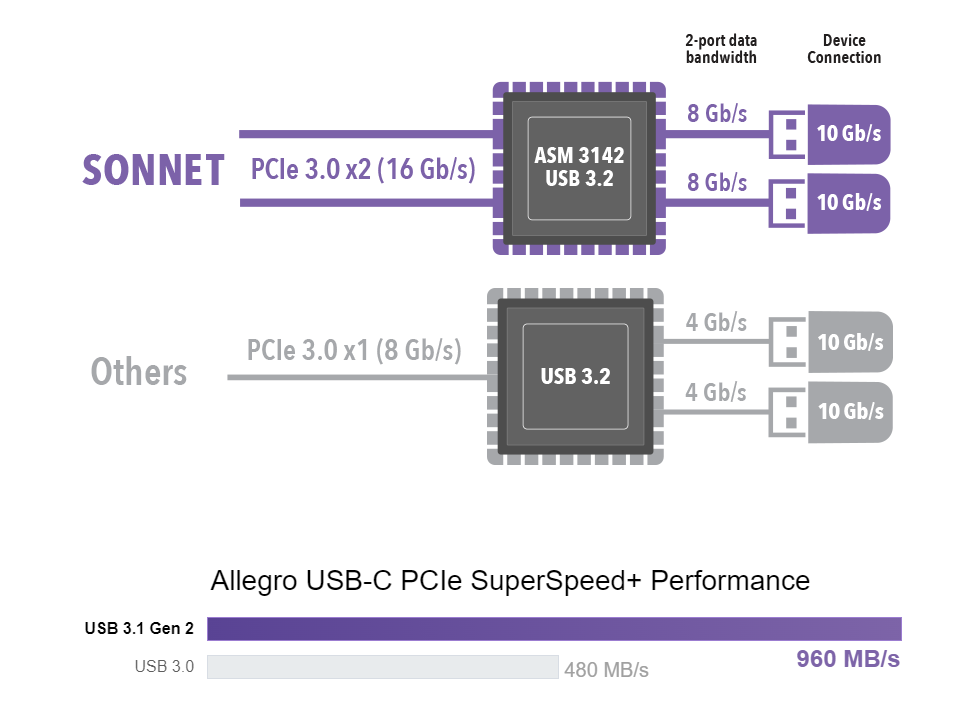 Regulates Power to Each Port
Ordinary USB-C adapter cards deal with power delivered through the ports as an afterthought, requiring an additional power source for the card and providing little regulation. The Allegro is no ordinary adapter card. The card regulates its own power without requiring a back-of-the card power cable connection, thus enabling full compatibility in any computer or Thunderbolt expansion system that doesn’t have these power connectors available.

Sonnet’s Allegro PCIe card is unique in regulating power to each port independently, giving each one protection from power glitches on the adjacent port. Without this protection (such as found on an ordinary card), connects and disconnects of one device may cause auto-disconnects of the other. Resettable Fuses
The Allegro features a resettable fuse on each port to protect the card and computer should there be a cable or peripheral failure. Should a fuse trip on the Sonnet card, you can reset it simply by shutting down the computer. 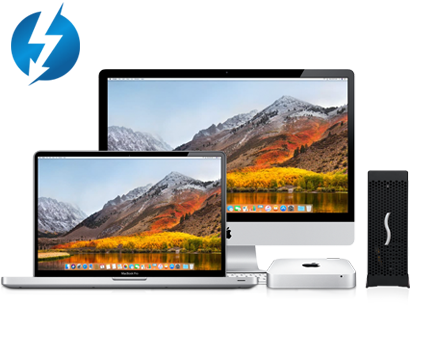 Add USB 3.2 to Your Thunderbolt Mac
Got a Mac with a Thunderbolt connection, but no PCIe slot? The Allegro is ideal for use in Sonnet’s Thunderbolt 2 and Thunderbolt 3 to PCIe card expansion systems, including Echo Express™ and xMac™ desktop and rackmount systems. 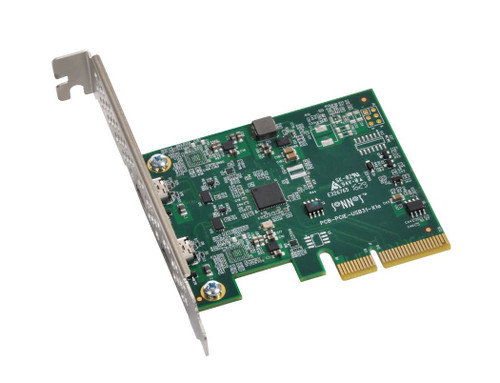